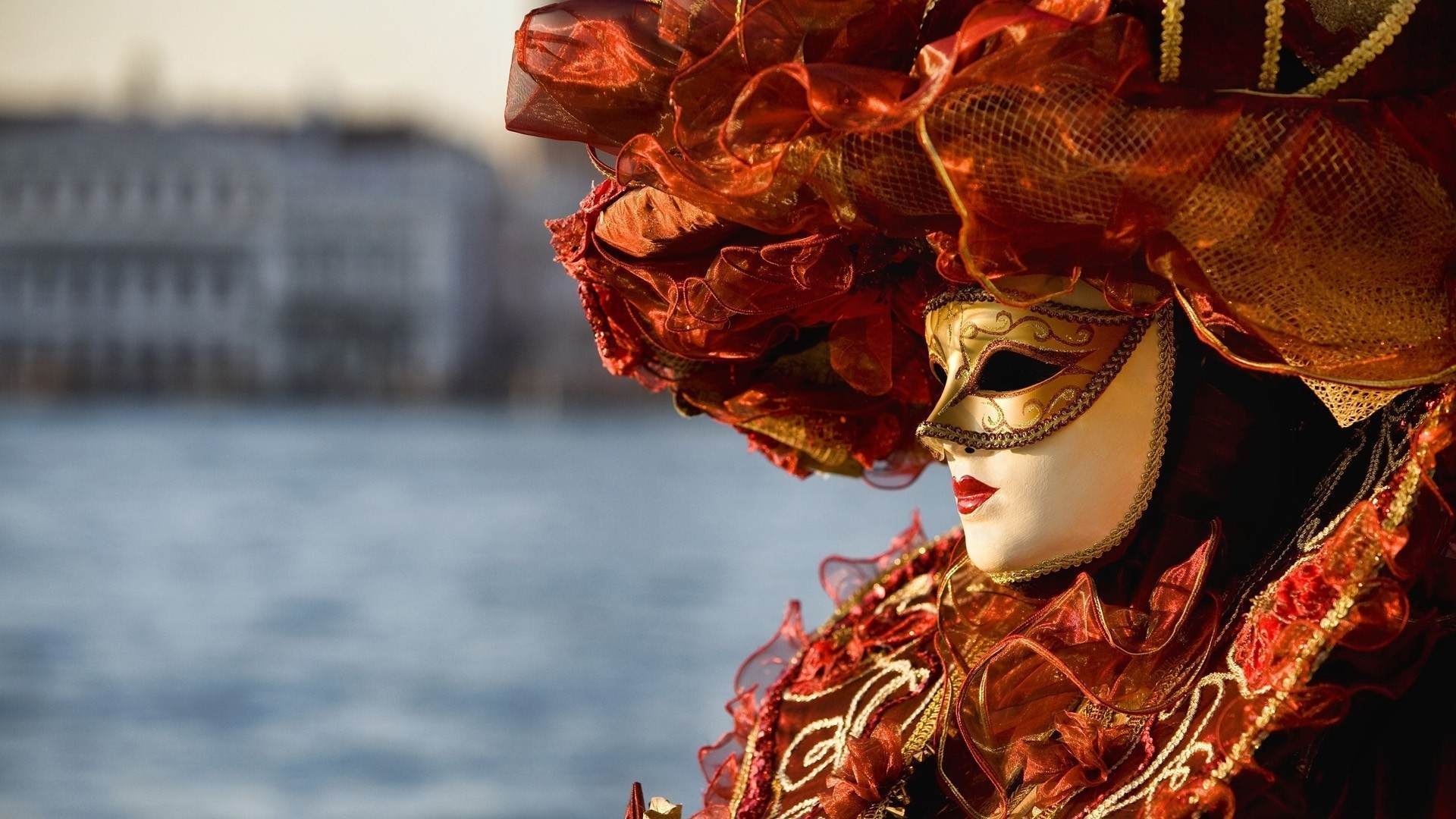 It is one of the most famous Italian carnivals in the world and every year attracts thousands of visitors who are willing to accept crazy prices for overnight stays in order to attend its events: we are obviously talking about the Carnival of Venice, an appointment that has been repeated, albeit with some interruptions, for over nine hundred years.
In fact, in 1904 the first document testifying to the celebrations of the Venice Carnival took place, while two centuries later the Senate of the Republic officially sanctioned the public holiday of the so-called Shrove Tuesday, that is the last day before Lent.
However, we know that in reality the carnival, in general, has much older origins: its roots lie in the pagan rites that celebrated the end of winter and the arrival of spring, but the advent of Christianity has in fact assimilated this celebration by reversing the meaning and transforming it according to their own vision of the world in a period of celebration and libations before the restrictions of the Lent period.
The course of the centuries has seen a change in the carnival, where in some documented years there have been performances that have now gone down in history: however, the decline occurred with the end of the Venetian Republic, but the other islands of the lagoon continued to celebrate the anniversary.
Since 1979, thanks to a series of popular initiatives then supported by some institutions, resumed the tradition of the carnival, which now attracts tourists, sponsors and the inevitable media circle.
The Carnival of Venice currently lasts about two weeks, during which there are appointments of all kinds throughout the city, from parades of masks to dances, passing through the gala dinners, from the Flight of the Angel to that of L’Aquila. 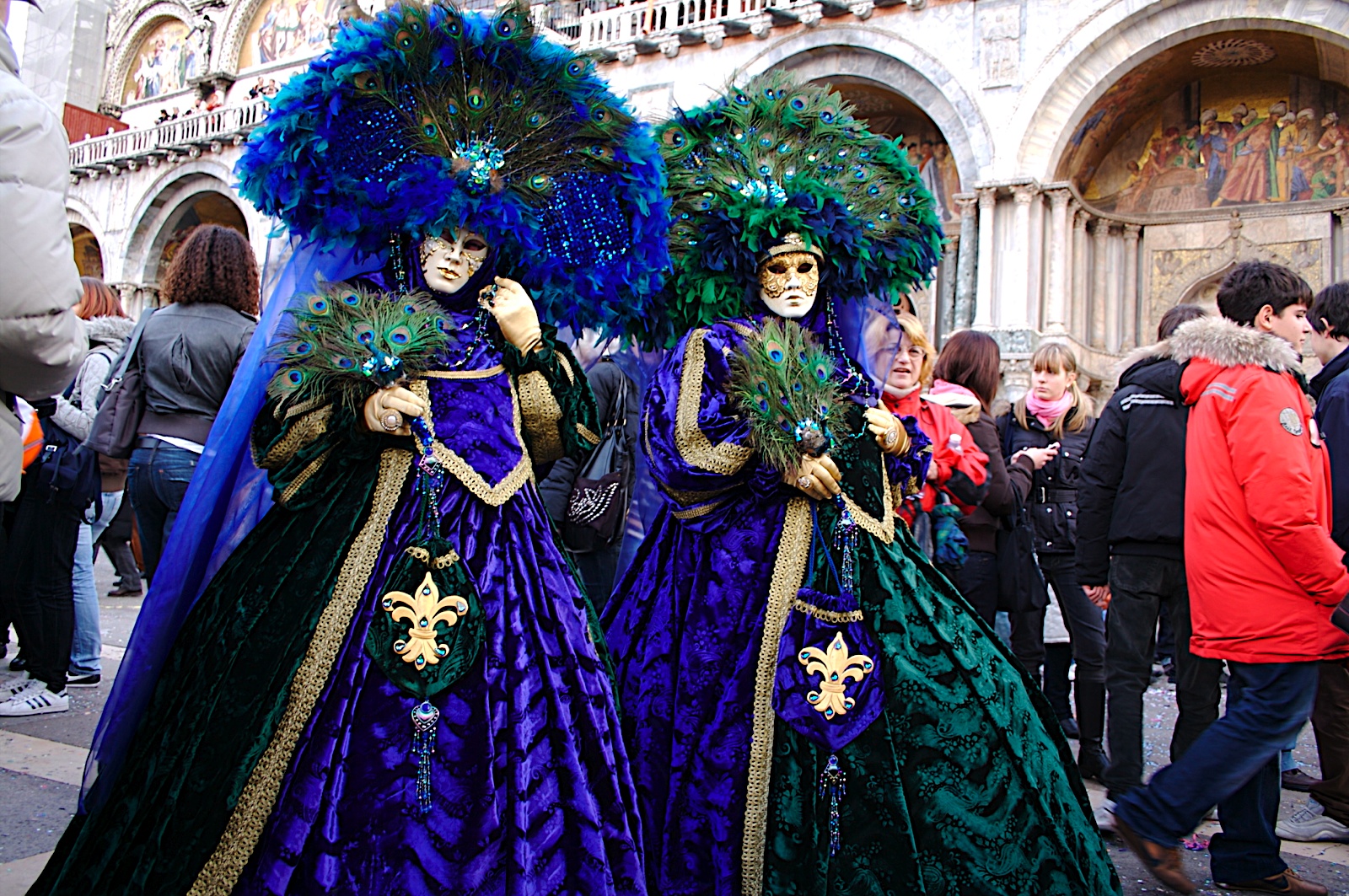 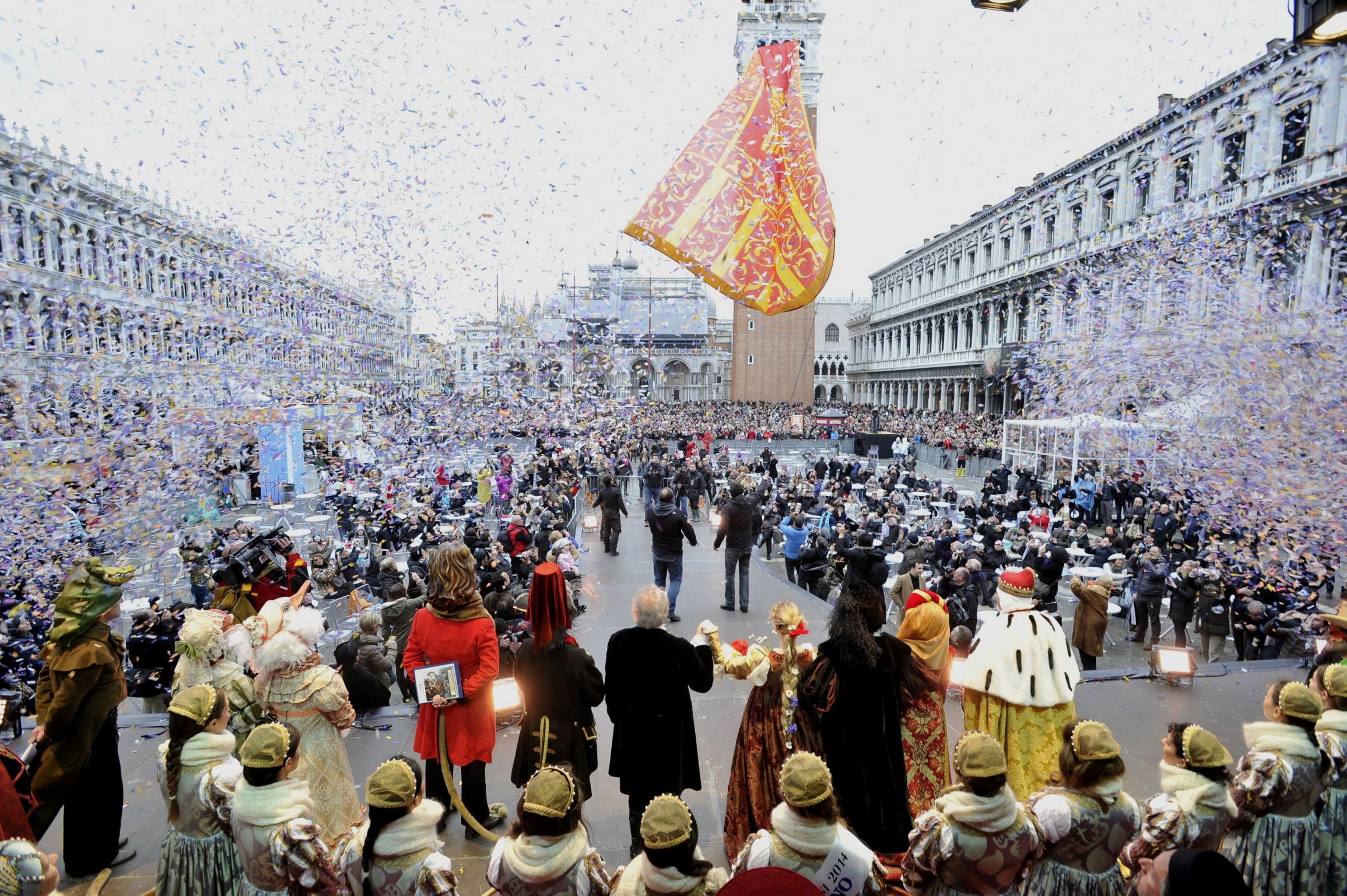 For the 2019 edition, the starting date is Saturday 16 February, when the Cannareggio Canal becomes the setting for the first part of a suggestive evening show.
The next day, the Venetian Festival on the water continues with the second part of the festival, which includes at noon a water procession of the Rowing Associations of Voga alla Veneta.
From Saturday, February 23 we enter the heart with the competition of masks, the Feast of the Maries: the procession starts at 14:30 from San Piero di Castello and reaches St. Mark’s Square at 16:00 after going through Garibaldi and Riva degli Schiavoni, as well as other events in the streets and squares of the city.
Sunday, February 24 is the Flight of the Angel to officially open the carnival with the spectacular descent of the Angel of Carnival on St. Mark’s Square at 12:00.
The guest who will fly from the Bell Tower of San Marco on the square below will be the Mary winner of the Carnival 2018.
During the following week, the festivities continue between the parades of the masks of the competition and the activities related to the theme of the carnival 2019.